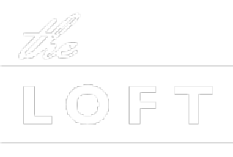 We are a community that begins from grace, and values practical theology over doctrine. We’re interested in living toward greater love and justice.

RECONCILING CHURCH We, the faith community of Westwood Church, affirm that a God-filled perspective understands and embraces diversity and radical inclusivity; for that reason we embrace and affirm the full inclusion of everyone regardless of sexual orientation or gender identity. We explicitly welcome lesbian, gay, bisexual, and transgender people who have been marginalized and diminished within the larger United Methodist tradition. We commit to embracing the responsibility of pushing for a more open and inclusive United Methodist Church. You are welcome here. You are supported here. You are included here.

FOR FURTHER READING
Below is a list of resources that we have used in The Loft or were produced by participants in The Loft and inform our community.

Compassion in Practice: The Way of Jesus by Frank Rogers, Jr. – This book was a source for our series “Being and Becoming” in summer 2021; it’s a practical guide for spiritual formation that makes a difference in the world.


The Spirit of Soul Food: Race, Faith, and Food Justice by Christopher Carter – (forthcoming in December 2021) – The Spirit of Soul Food asks a provocative question: “Given the harm that our food production system inflicts and has had on Black people and other people of color, what should soul food look like today?” Christopher Carter’s answer to that question merges a history of Black American foodways with a Christian ethical response to food injustice. Both a timely mediation and a call to action, The Spirit of Soul Food places today’s Black foodways at the crossroads of food justice and Christian practice.


Bipolar Faith: A Black Woman’s Journey with Depression and Faith by Monica Coleman – Dr. Coleman was a guest in The Loft in early 2021 during our series on Process Theology; her spiritual autobiography leads us on a faithful journey toward liberation.


Abuelita Faith: What Women on the Margins Teach Us about Wisdom, Persistence, and Strength by Kat Armas – We’re biased, because Kat was a part of our community for a while when she lived in LA, but this book opens up conversation about our families and scripture as it demonstrates the importance of valuing voices from the margins.


The Deconstructionists Playbook edited by Crystal Cheatham & Theresa Ta
Crystal was with us in The Loft when we were meeting online; this anthology of devotions from her Our Bible app is explicitly queer-affirming, anti-racist, pro-feminism, and encouraging of interfaith inclusion.

DECONSTRUCTION
We invite everyone in our community into the ongoing work of theological reflection. We are constantly re-interpreting scripture as we set it in conversation with our community, and we believe that we are better able to make sense of it in our own time when we listen to voices and experiences of others, especially those that have been marginalized and excluded. We are a part of a bigger movement of Christian theologies that seek to understand divine grace and how to live it out in the world. We value the Bible, in all its complexity. We interpret it with a critical and constructive lens that puts scripture in conversation with science and reason, human experience, and the wisdom of those who’ve gone before us.
RACIAL JUSTICE
As Christians and people of faith, we are called to be the conscience of the nation. For too long we have stood by in collaborative silence. It is time we take a stand. To remain silent while our black and brown brothers and sisters are murdered in cold blood is complicity. To call for peace and unity without condemning brutality and without taking action is a willful dismissal of hundreds of years of pain and abuse. We belong to a faith tradition that is often a tale of two Jesuses; the Jesus of the predominantly white, Western church constructed by institutions of power and oppression, and the actual Jesus we read about in scripture. Jesus was a brown, Middle-Eastern Jewish refugee that was executed by the justice system of the time. He spent his public life sitting with the marginalized, challenging the power structures that systemically harmed people, feeding people when they were hungry, listening to those in pain, and sitting with people who were hurting. Jesus was not a passive preacher of peace; he was a man with holy anger over the suffering of the marginalized. This is who we are called to be. As a predominantly white church, we are committed to choosing action and compassion over convenience. We commit to listening to, learning from, and standing alongside our black and brown brothers and sisters. We will act as a shield, our example being Jesus. We commit to challenging the complacency and comfortability that perpetuates the unjust system that exists, and we choose to educate ourselves on the ways to actively and sustainably combat injustice in our world. To borrow the words of Angela Davis, we are no longer accepting the things we cannot change. We are changing the things we cannot accept.

Sign up to receive updates, announcements, and opportunities to get involved.