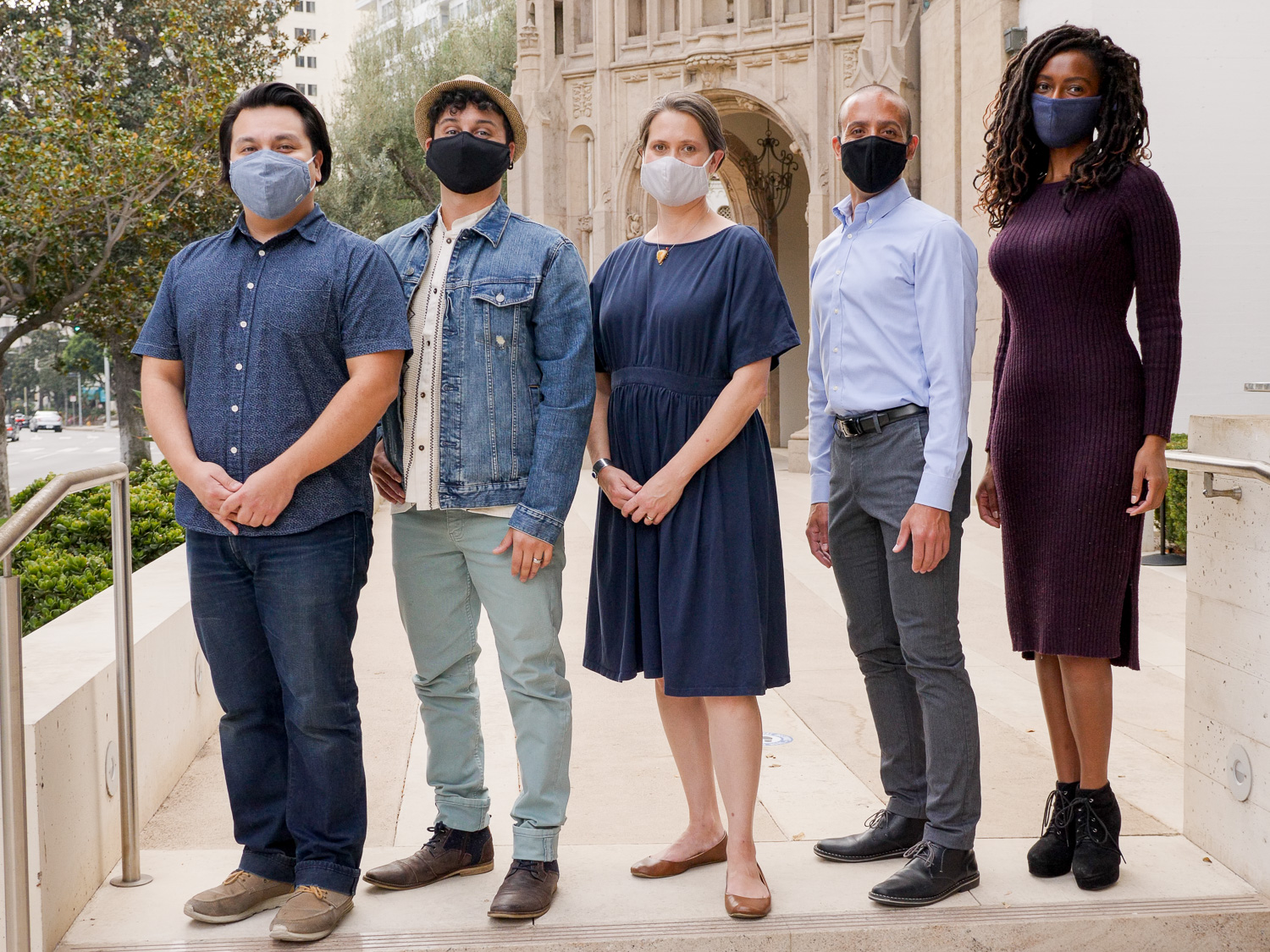 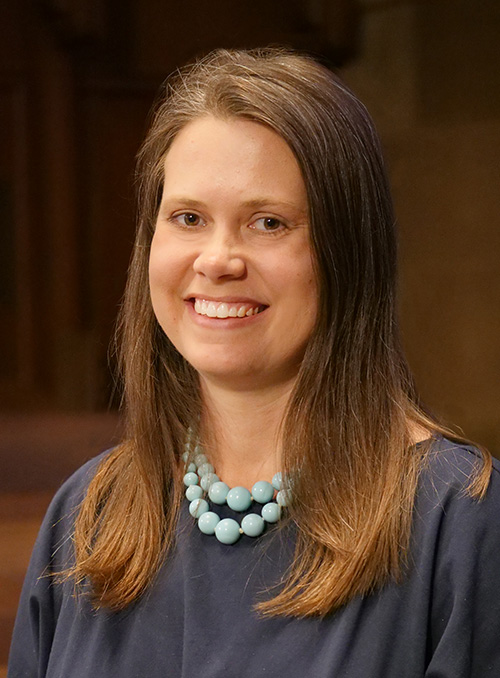 .
Rev. Molly Vetter is passionate about many things: building community with unlikely and diverse people, making the church more boldly welcoming, and caring for the earth. She was appointed Senior Pastor of Westwood United Methodist Church in 2019. She’s excited to serve a congregation with such a rich legacy of thoughtful engagement on social issues and such an incredible worship space in which to connect to the grace and mystery of our God.
.
In her personal and professional life, she loves planning events and trips, and enjoys experiencing them, too. She loves designing and making things, especially out of fabric or food or the internet.
.
Before coming to Westwood, she served for several years as lead pastor of Redondo Beach First United Methodist Church, and for 11 years as an Associate Pastor at San Diego First United Methodist Church. Molly received her Masters of Divinity from Claremont School of Theology in 2001. Commissioned as an Elder in 2001, she was ordained in full connection in 2004.
.
Outside of the local church, she’s enjoyed working with District Junior High Camps and Strength for the Journey, a retreat for adults living with HIV/AIDS in San Diego County. For many years, she led a weekly Bible study at the San Diego Rescue Mission Women and Children Center, and she has also guided Bible studies and taught classes for the California-Pacific Annual Conference and San Diego State University. She currently volunteers as the Communications Coordinator for the Grain Place Foundation, a non-profit that will inherit and continue her family’s organic farm in central Nebraska.
.
She’s really good at church meetings. Her work in the United Methodist Church has included serving as Chair of the Order of Elders for our Annual Conference, and as member of its delegations to General Conference in 2008, 2012 and 2016. As a Board member of the General Board of Church and Society, she supported work for Economic and Environmental Justice. She been a part of Faith and Order work of the National Council of Churches and World Council of Churches.
.
As an undergraduate, Molly studied Art History at Boston University, and spent a semester abroad in Niger, in West Africa. Molly is a graduate of North Platte High School in western Nebraska. Molly lives with her husband, Matthew Parker, and their son Jonah. 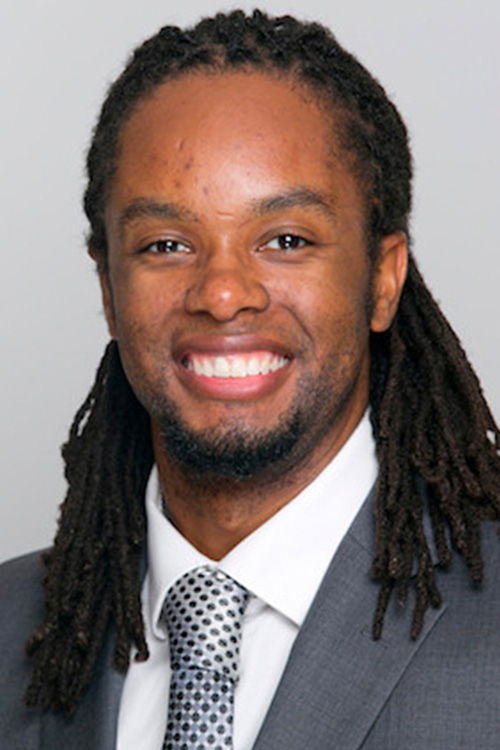 .
Rev. Dr. Christopher Carter’s teaching, research, and activist interests are in Black, Womanist, and Environmental ethics, with a particular focus on race, food, and nonhuman animals. He is also the co-creator of Racial Resilience, an anti-racism and anti-bias program that utilizes the combined insights of contemplative practices and critical race theories. His academic publications include The Spirit of Soul Food (University of Illinois Press, November 2021), and “Blood in the Soil: The Racial, Racist, and Religious Dimensions of Environmentalism” in The Bloomsbury Handbook on Religion and Nature (Bloomsbury, 2018).
.
The passion that informs all of his work evolves out of his family’s struggle to loosen the chains of systematic racism – similar to bell hooks he believes that education is the practice of freedom. He believes that at its broadest level, learning should be transformational: it should transform how the student views herself, her neighbor, and her worldview. Rev. Dr. Christopher Carter is an ordained elder in the California-Pacific Conference, Assistant Professor of Theology at the University of San Diego and a Faith in Food Fellow at Farm Forward.

.
A lifelong Methodist, Julia has been an active member of The Loft community since she first joined in 2016. Growing up in Brown Deer, Wisconsin she developed a love and passion for musical theater. She moved to Chicago in her twenties where she made her living as a thespian. Some of her favorite roles include: Sally Bowles in Cabaret, Lorraine in All Shook Up, and Joanne in Rent. She relocated to Los Angeles in 2012 because (like most Los Angeles transplants) she loves the weather. Julia’s position at the Loft is shared with her dear friend and teammate Macy Thompson. Together they curate the music portion of The Loft’s weekly gatherings. 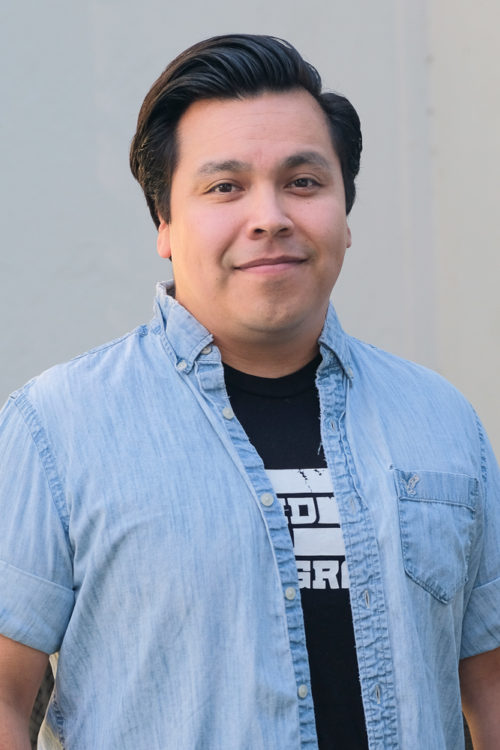 .
Westley is an extreme extrovert who takes pride in being able to connect with people from all walks of life, and yes, that includes introverts. Westley’s pronouns are he / him / his, and he is a proud member of the queer and Latinx communities as a gay cisgender man who is of Mexican and Salvadoran descent. A Southern California native hailing from San Diego, he spent six years in northwest Iowa before calling Los Angeles home. Westley’s journey of faith began in a fundamentalist Christian tradition and has since moved through a few Christian expressions finally finding a safe place in the intellectual and progressive Cal-Pac United Methodist tradition as a member of The Loft at Westwood Church. As the Director of Loft Connections, Westley works to create pathways for Loft attendees to better connect with the community gathered on Sundays. Let him know how he can help you fold into Loft community, Sunday participation, and Loft leadership. 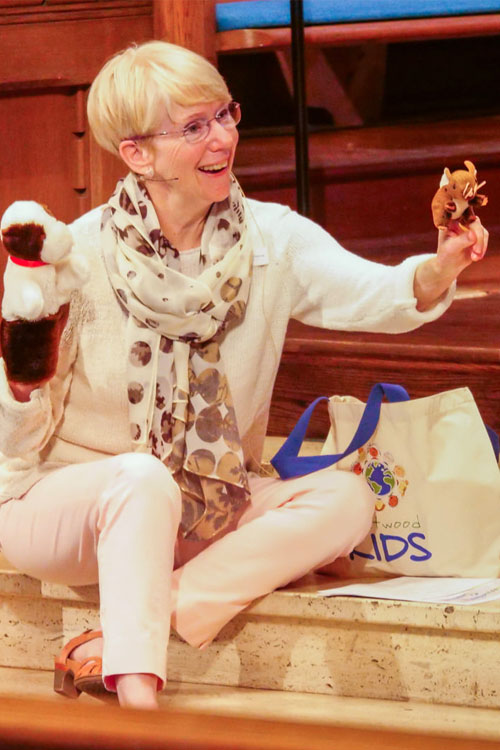 .
Diana and John Holbert visited Westwood UMC as soon as they moved to Culver City from Dallas, Texas in 2017. Immediately upon their arrival, Diana signed up to teach Vacation Bible School in order to get to know the children of our church. She has taught Bible stories in VBS for the three years that they have been among us. Often you will see Diana and John arrive at Westwood with their granddaughters leading the race into the church, a place both of the little girls love. Saoirse (pronounced Seer-sha) is 7 and Moxie is 4½.
.
Pastor Diana was raised in Kansas, and received a music degree from Grinnell College in Iowa and a Master in Music from SMU. Beginning in 1984, Diana developed a liturgical dance ministry at First UMC, Dallas. She has led worship through dance in Greece, England, Australia, and Brazil, and across the United States, from Alaska to Florida and California to New York.

.
While she was getting her master’s in music, Diana taught music and dance in a private elementary school. Later she became a children’s choir director for fourteen years, and then she began seminary. One of her preaching professors was her husband, John. You will have to ask her what it’s like to be graded by one’s spouse. (Or ask John what it’s like to be harassed by a student who is your wife!)
.
In June 2011 Diana retired as the Senior Pastor of Grace United Methodist Church, a Reconciling Congregation in Dallas. Over her career as a clergywoman, Diana served as lead minister in suburban and inner city parishes. Three of her most interesting posts were 1) as Associate Pastor for Hamilton Park UMC, a predominantly African-American congregation, 2) as an American clergywoman dancer for a year near Manchester, England, and 3) in 2005 she completed her Doctor of Ministry degree, writing about her experience as a General Board of Global Ministries missionary and founding pastor of ArtSpirit, a United Methodist ministry in the arts community of Dallas. Diana and John live in their “Garage Mahal” behind their son Darius’ house, and are only twenty minutes or so from their daughter Sarah and her husband Kyle in The Village Green.